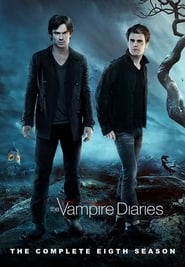 You Decided That I Was Worth Saving

As Enzo continues to fight the control over him, Bonnie finds herself at the center of a deadly game and forced to make a heart wrenching decision involving two of the most important people in her life. At the Armory, Alaric researches a mysterious artifact that he hopes will help in their fight to get Damon and Enzo back. Finally, Damon’s downward spiral leads him to Tyler Lockwood who attempts to talk some sense into him before it’s too late.