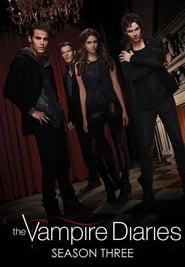 Stefan has hidden the coffins containing the bodies of Klaus’ family, and Klaus quickly turns to violence to convince Damon and Elena that no one will be safe until he finds Stefan and gets his family back. Tyler continues to make the most of his new abilities as a hybrid, but he has to face the disturbing consequences of his actions as well. After a terrifying incident, Elena and Alaric grow increasingly concerned about Jeremy’s attitude and, ultimately, his safety. Alaric meets the beautiful Dr. Fell, who is intrigued with his amazing ability to heal. While trying to strike a deal with Klaus, Elena delivers news that truly shocks him.