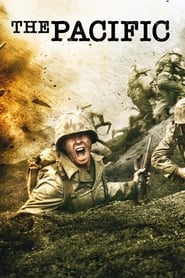 Increasingly frustrated by his role campaigning for war bonds, Basilone convinces the Marines to allow him to train troops headed for combat. Transferred to Camp Pendleton, he enjoys a whirlwind romance with an initially reluctant female Marine, Lena Riggi. But the couple know they are living on borrowed time, as Basilone is soon to take part in the Marine landing on Iwo Jima.