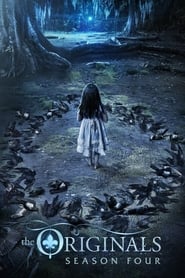 Gather Up The Killers

On the fifth anniversary of Klaus’ defeat, Marcel is king of the city and welcomes the un-sired vampires to New Orleans, only to find they pose an unexpected threat to his rule, leading him to seek counsel from an unlikely source. Meanwhile, as Hayley closes in on the cure that will allow her to revive Elijah and the slumbering Mikaelsons, she faces a final task that will force her to make a ruthless decision.