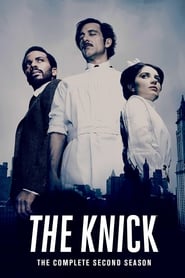 Not Well At All

Thackery attempts a new cure in the inebriation ward; Brockhurst demands his "girls" be returned; Gallinger and his wife's relationship and Bertie's relationship with Genevieve go off in surprising directions. Later, Cornelia shows evidence of the company's wrongdoing to Henry; Barrow's marriage troubles come to a head; and Thackery performs plastic surgery on Abby.