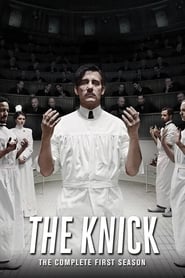 During surgery, Thackery's hand is forced by Algernon, which irks Gallinger. A recovering Abigail regrets her involvement with Thackery and Sister Harriet and Cleary make a couple of deals. Meanwhile, Bertie receives a scolding from his physician father who is unhappy with his son's career path and Lucy becomes privy to Thackery's secrets.