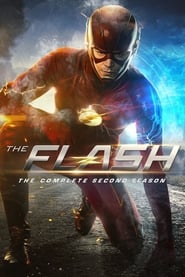 Jay Garrick, a mysterious man from Earth-2, appears at S.T.A.R. Labs with a dire warning about an evil speedster named Zoom, who is set on destroying The Flash. Barry and the team must decide if they can trust this stranger even as they face yet another powerful meta-human. Meanwhile, Joe must deal with a determined officer named Patty Spivot who wants to join his meta-human task force.