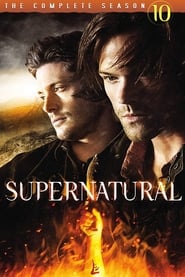 Sam and Dean investigate a string of suicides committed by people with little in common other than the identical, grisly method of death – slow, self-administered disembowlment. All of the victims were members of a Catholic church and had recently given confession, leading the brothers to suspect the priest is somehow involved. Meanwhile, when Crowley captures Olivette, the leader of the Grand Coven, Rowena pleads her case to be allowed to practice magic freely again.