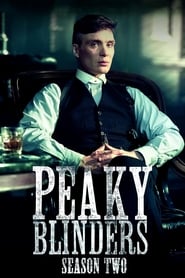 Arthur and Michael both end up arrested and imprisoned. As Tommy's base in London is obliterated. Major Campbell has Tommy and his family under his thumb. Polly compromises herself hoping to secure Michael's freedom, but their relationship may be beyond repair at this point. Someone from Tommy's past pays him a visit, opening old wounds and leaving him to make a impossible decision.