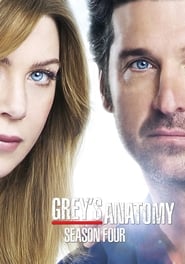 The doctors meet the world's oldest intern. Marcy brings in her son Henry because she finds his change in behavior suspicious. A patient named Connie may lose her vocal chords unless Mark and Richard can perform a radical new surgery. George impresses the other interns at work but at home he is trying to deal with his guilt about having sex with Izzie.